The aviation sector in the EU is fast growing and is associated with a wide range of economic and social benefits. However, one of the most important drawbacks of the anticipated rate of air transport growth, despite newly deployed technologies, is the environment impact. 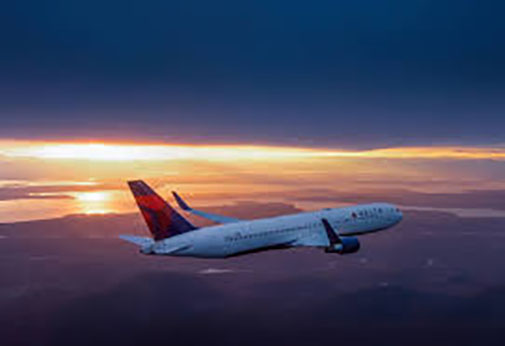 European demand for air transport is anticipated to grow continuously until 2050 and beyond. Sustainable mobility is required to satisfy this growth and it is essential that travel remains safe, secure, fast, affordable and environmentally friendly.

Industrial competition is fierce, not only from established world regions but also from new, strong challengers. In this context, there is more to be done in the regulatory field within and outside Europe to ensure a global level playing field in the sector.

ACARE and Flightpath 2050 are part of a comprehensive family of initiatives in aeronautics and air transport including the EC’s Framework Programme research FP6, FP7 and Horizon 2020, as well as the SESAR Joint Undertaking. Clean Sky is the vital part of that wide-ranging set of Eurocentric initiatives with a focus on fostering new technologies that will make tomorrow’s aircraft greener and more efficient. Clean Sky 2 is setting its sights for the even more stringent environmental challenges of commercial flight in the 2025 to 2050 timeframe. 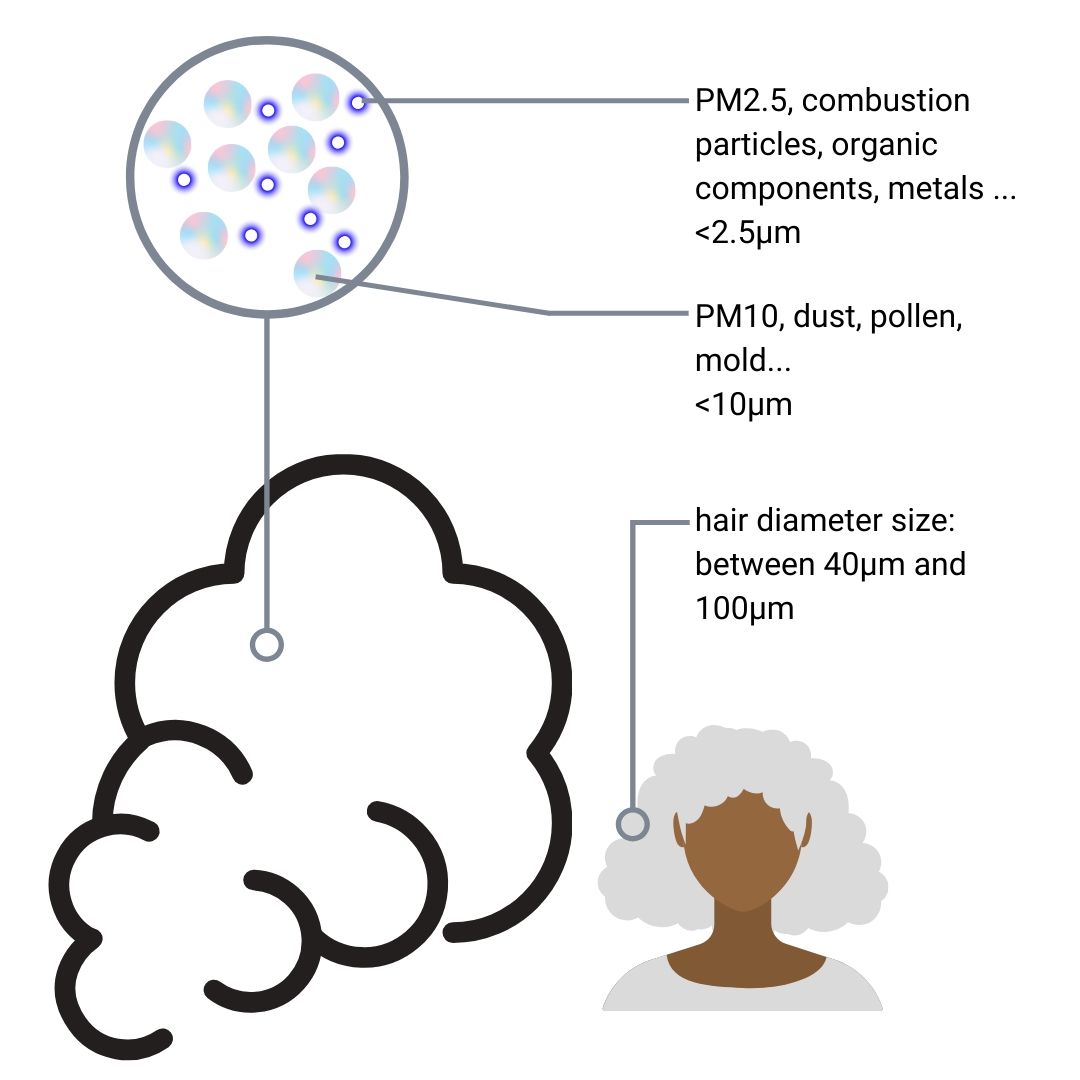 PM is divided into two major categories: non-volatile PM (nvPM) and volatile PM (vPM), the former being the majority of an engine’s PM direct emission and comprised between 0.015µm and 0.06µm (Rindlisbacher and Jacob, 2016). Pollutants directly emitted in their final form are called primary pollutants, while some of them, called precursors, are being transformed as they mix with ambient air, forming secondary pollutants. The nvPM category is mostly composed of black carbon and ultrafine soot (Rindlisbacher and Jacob, 2016). vPM is formed concurrently as several other gaseous components are emitted from the engine nozzle and undergo complex transformations in the ambient air. Their composition and phase are more ambiguous to know as they depend on several parameters which are not yet fully understood. vPM may also undergo further transformations as they mix with ambient air.  Quite the contrary, as nvPM is mixed with the ambient air from the engine nozzle their shape mass and number does not change (Rindlisbacher and Jacob, 2016).

Why PM is important ?

Why PM is important?

Emissions from aircraft have adverse effects on the air quality in and around airports, contributing to public health concerns within neighbouring communities. Therefore, the evaluation of aircraft emissions and dispersion is an important contributor towards ensuring that local air quality standards in and around airports are not exceeded. Many large airports across Europe are subject to regular assessment of their emissions impact on air quality as a statutory requirement to: 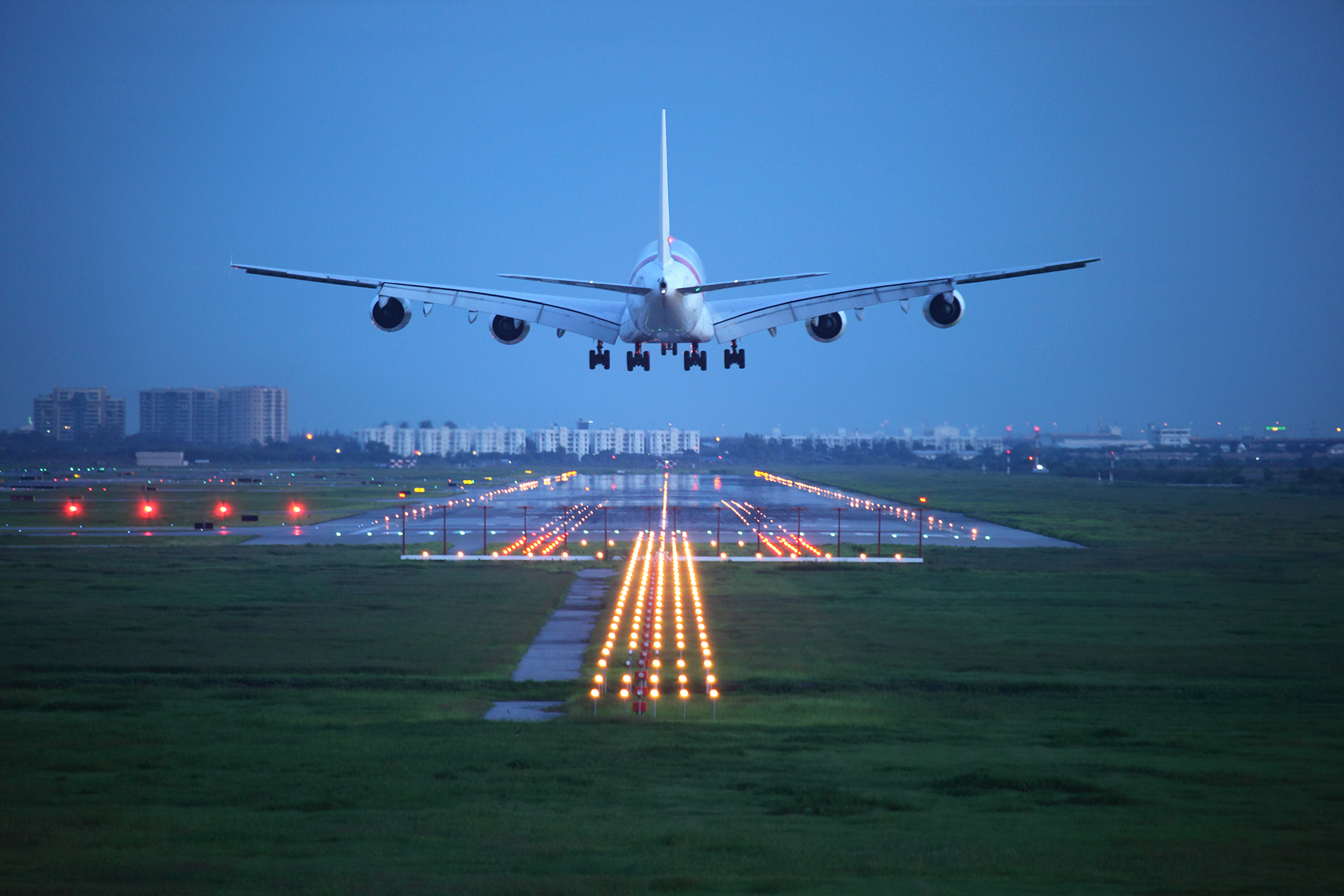 Scientists and regulators have an increasingly profound understanding of the complex nature of Particulate Matter (PM) in ambient air. PM can be attributed with different properties, dependent of their size and chemical composition from different sources, both natural and anthropogenic. What is less certain is how PM species and precursors evolve and interact within the atmosphere, and which characteristics of the PM are most harmful to public health. For instance, some particles can form complicated reactions in the atmosphere of chemicals such as sulfur dioxides and nitrogen oxides that are emitted from exhaust engines. Those secondary particles make up the most of fine particles. It is considered that Ultra Fine Particles (UFP), defined as particles of aerodynamic diameter less than 100 nm, may have greater toxicity on an equal mass basis than currently regulated larger particles (PM2.5/PM10 ambient standards) because their vast numbers and small diameters provide a high surface area which is a potentially important toxicological interface. These UFP’s are relevant to civil aviation, and recent studies have shown that aircraft engines emit primary aerosol as non-volatile Particulate Matter (nvPM) as well as secondary aerosol precursor gases such as organic gases, nitrates and sulphates that nucleate within the exhaust plume within this size range. The contribution of UFP from aircraft operations to the ambient concentration in and around airports is therefore largely unknown, and could be significant.

Aircraft particulate emissions, as with emissions of nvPM from other sources, are subject to regulation. Within the current ICAO-CAEP cycle, CAEP/11, a new standard for landing take off cycle (LTO) nvPM mass and number for engine with thrust >26.7kN is being developed, the first standard of its kind. In-production regulatory limit values for nvPM mass and number will be set at a level to allow in production engines to pass and will act as an anti-backsliding standard. However, there remains uncertainty in the methodology surrounding the effects of ambient conditions, fuel composition and sampling system calibration and loss corrections. Furthermore, the regulation does not address the effects on the global atmosphere by excluding cruise conditions and the contribution of nvPM by smaller engines and engines rated on shaft speed. These factors, along with the potential impact of emerging technologies, need to be considered for a future European roadmap for improving current nvPM methodologies and future nvPM measurement technologies and regulation beyond CAEP/11.

Historical review of standards and regulations

Historical review of standards and regulations

At the international scale, the International Civil Aviation Organization (ICAO) decides standards and provides guidelines for engine emissions, including nvPM standards. The World Health Organization (WHO) regularly publishes recommendations for concentrations’ limit values of pollutants for ambient air. Reports published by the WHO provide policymakers, like the European Union and the different governments, supporting data for improving protection against air pollutants. Accordingly, one of the ICAO roles is to implement these data for the specific case of an aircraft engine and to develop new recommended standards for aircrafts’ emissions. At the European scale, the European Commission votes and decides directives on Ambient Air Quality (AAQ). 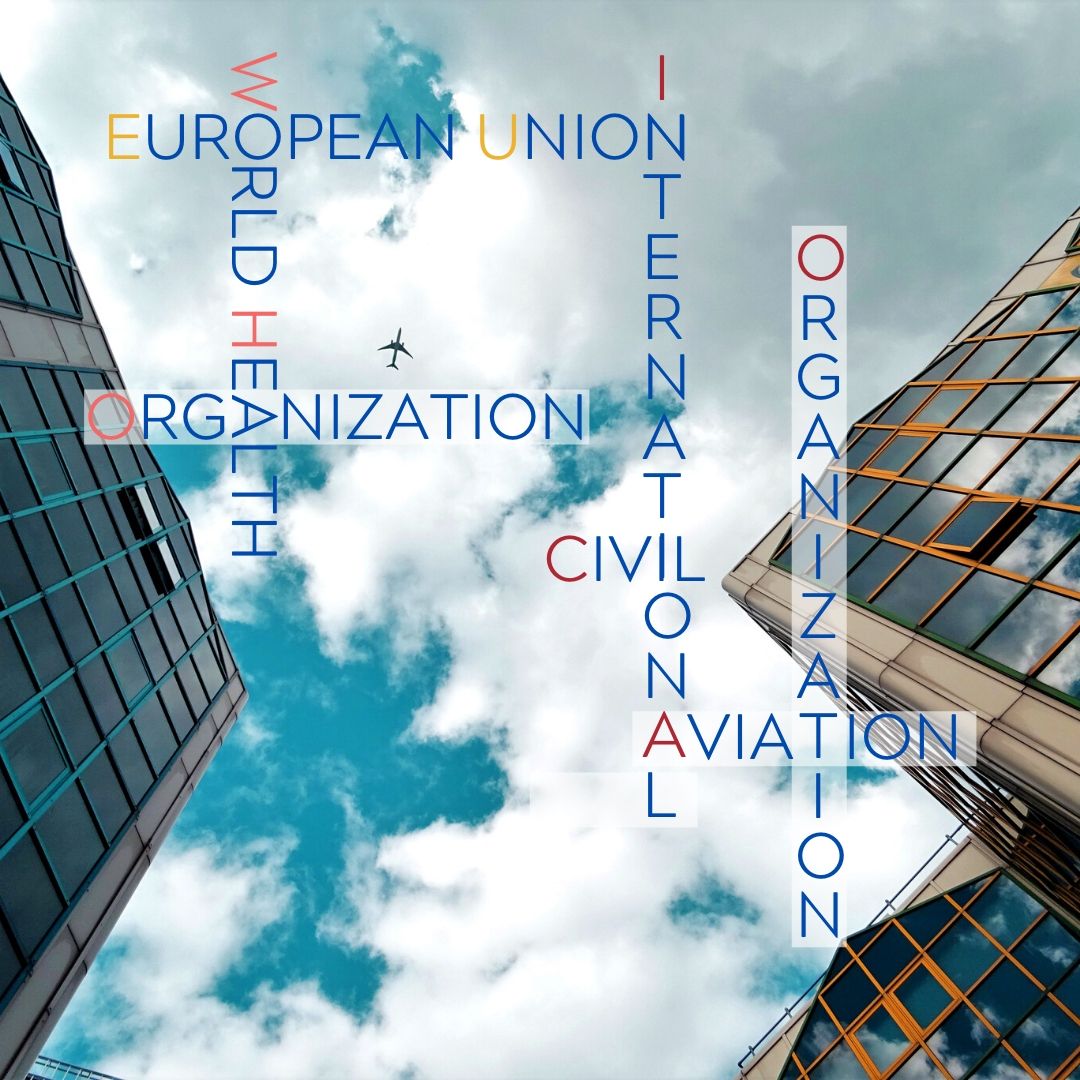 this part will soon be update, please check again in few days

The WHO, founded in 1948, first reported its concerns about air pollution in 1958 (World Health Organization. Expert Committee on Environmental Sanitation, 1958), when a hundred species were identified as outdoor air pollutants and harmful towards humans, and in which smoke was already recognized as an indicator of “air contaminant”. The definition of PM may not be yet have been clearly stated, but WHO recognized the particularly hazardous aspect of “solid particles (…) [generally] larger than 2µm but may be as small as 0.1µm”. The importance of fluctuations of meteorological data depending on the season and the hour of the day were also underlined to highlight the need for accurate meteorological data, as well as accurate data about topological characteristics of the place being considered. WHO also recommended in this report that air pollution be measured with “the degree of blackness” of smoke using the “Ringelmann chart or a similar device”, though the WHO recognized the limitations of the method. The WHO called on policy makers for regulation rather than legislation on air quality. No standard was fixed, as it might have affected the economic balance of some sectors without guaranteeing an absence of health impacts.

In 1987, WHO published the first edition of Air Quality for Europe Guideline (World Health Organization (WHO), 2017). It is the first time the WHO provided guidance on PM10 concentration with numerical values. PM10 were referred to as “total suspended/total thoracic particles”, measured by gravimetric methods, and a recommendation was made for them to be assessed alongside sulphur. The recommended concentration was 125µg/m3 for a short term (24-hour average) and 50 µg/m3 for long term (1-year average). WHO recommended that these values were not standards below which no health impact occurs, as the contrary had been reported.

A second edition of the Air Quality for Europe Guideline was published in 2000.(WHO Regional Office for Europe, 2000). PM was reported in the “Classical pollutants” category, separately from sulphur oxides, and the difference was made between PM10 and PM2.5. For short term exposure, PM10 low level was defined as 100µg/m3 on a 24-hour average or below. However, WHO maintained its warning concerning “[the] current database [which] does not allow the derivation of a threshold below which no effects occur.” It was stated that PM10 is more hazardous than a coarse fraction (between 10µm and 2.5µm) and that the PM issue is not significantly affected by the difference between rural/urban nature location. It was the first time that the WHO had introduced recommendations on PM2.5, stating that the hazardous effect of PM10 depends on its provenance and composition, especially if a large volume of PM2.5 is present. PM2.5 was thus a better indicator of health effects than PM10. While previous reports 13 years ago tentatively recommended PM10 concentrations to be below 125µg/m3 for a short term (24-hour average) and 50 µg/m3 for long-term, the report from 2000 recommended lower levels. The short term recommended limit fell to 100 µg/m3, while the annual exposure fell to 30 µg/m3. Furthermore, WHO also suggested a recommended value for PM2.5 long-term exposure of 20 µg/m3. Once again, the WHO advised taking this recommendation with caution and recommended that policies be based on risk assessment graphics.

WHO held its first conference on air quality in October 2018 during which the United Nations Environment Programme (UN Environment) and formed a formal agreement on health issues on a scale of 15 years.

ICAO’s engine emission regulation is based on the ground level emissions, occurring during the Landing-Take-off cycle (LTO). In 1981, ICAO adopted its “first smoke, fuel venting, and gaseous emissions standards for turbojet and turbofan”(Rindlisbacher and Jacob, 2016), that is the Smoke Number (SN). SN is dimensionless and measured from “the loss of reflectance of a filter used to trap smoke particle from a prescribed mass of exhaust per unit area of filter” (Rindlisbacher and Jacob, 2016). This is done for each of the four settings of the LTO cycle (taxiing, take-off, idle, landing). SN is calculated as follows[1]:

Where Rw and Rs are the absolute reflectance of the clean filter material and the stained filter respectively. The regulatory limit is a function of the rated thrust (FOO) [1]. SN does not allow the assessment of  PM concentration without assuming certain hypotheses.

In 1983, the Committee on Aviation Environmental Protection (CAEP) is established. Its mission is to develop and maintain the international standards for aircraft noise, aeroplane CO2 emissions, fuel venting and aircraft engine emissions: oxides of nitrogen (NOx), unburned hydrocarbons (HC), carbon monoxide (CO), smoke and non-volatile particulate matter (nvPM). For the 8th meeting in 2008 (CAEP/8) the first proposal to account for PM in ICAO regulation is submitted. The 9th meeting, CAEP/9 endorsed the planification of a working group on a nvPM certification for turbofan engine’s emissions of rated thrust>26.7kN.

Finally it is in 2016, with the 10th meeting CAEP/10, that the nvPM certification is ratified (ICAO, 2017). This new certification has been established after statistical studies on the relationship between the SN certification and nvPM maximum concentration.  Thus, nvPM certification does not introduce more stringency as it merely is an equivalent of the actual SN certification in term of nvPM emissions indices (EIs). At the meeting on 1st January 2020, manufacturers were required to report the following for new engines or in-production engines:

At the CAEP/11 meeting in 2019, it was announced that  the SN standard applicability would end on the 1st January 2023 (except for small engines with rated Thrust<27.6kN) and new stringencies for nvPM emissions would be introduced. The data available from the CAEP/10 standard allowed the definition of an LTO-based nvPM mass and number metric system. The new standard will apply to new type and in-production engines with rated thrust greater than 26.7kN from 1st January 2023 and will introduce a new stringency with respect to the previous standard. There are 2 different limits for in-production and new engines types. The limits in this case are not on the concentration but on the Mass & number emissions with respect of the rated thrust [2].

World Health Organization (WHO). (2017). Evolution of WHO air quality guidelines: past, present and future. In WHO Regional Office for Europe.